We are post-election folks and the feelings are flying. We invite in two community activists to discuss the results. 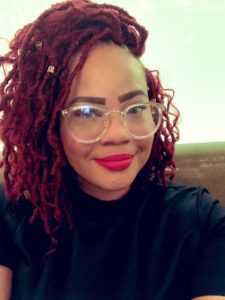 Jewel Jordan was born and raised in Portsmouth, VA and is a proud graduate of Norfolk State University with a Bachelors in Sociology and Iowa State University, where she graduated Magna Cum Laude with a Masters in Sociology with an emphasis in Social Disorganization, Victimization and Community Cohesion. In May 2012 she became a Fellow with the Obama for America campaign. It is here where her passion for civic engagement, community advocacy and organizing developed. After the re-election of President Obama, Jewel would continue her work on various state and local elections through her creation of the Suffolk Young Democrats (SYD). With the support of the Suffolk Democratic Committee, Jewel served as President of SYD from 2013 to 2015 and was able to organize numerous community engagement events, such as political education forums, voter registration, school supply and food drives. In 2017 Jewel took her gifts to Richmond, VA and began her work as an Assistant Legislative Aide for the Office of Senator Lynwood Lewis and the Office of Delegate Luke E. Torian.Jewel is a graduate of the Virginia Progressive Leadership Program, a Life Member of the NAACP, a former Suffolk Chair with the Hampton Roads Young Democrats, a former member of Urban League of Young Professionals Greater Richmond,  has worked with the Virginia Civic Engagement Table as an Organizer for the Youth Virginia Votes Center-Richmond.

Ebony B. Guy is an award-winning organizer, advocate, and community leader. She began to explore a career of service at seventeen by organizing in her hometown of Halifax County, Virginia, sharing information with residents throughout the year.

Over twenty-four years, Ebony has worked with local, state, and federal political officials, community leaders, citizens, and youth in various positions such as case manager for the federal government, campaign staffer and liaison, advisor, public speaker, and panelist.
She has become a well-respected strategist and consultant in Halifax County, her home, the city of Danville, and throughout the Commonwealth of Virginia. Ebony is currently producing a film documentary about her Grandmother, a global civil rights leader, and advocate while continuing to address matters of importance in southern Virginia.